Dear Penguin your lovely new Lolita has something missing. 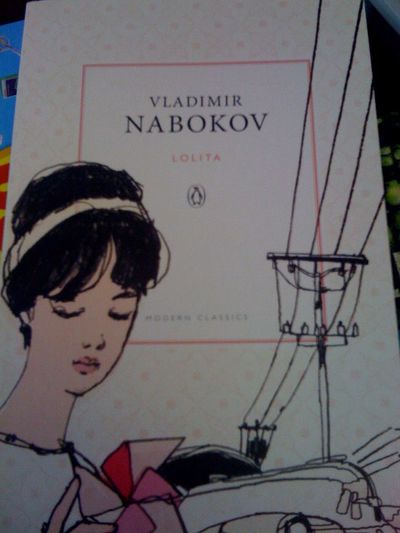 Namely, the first chapter of Lolita. It's missing. It ain't there. The Foreward by the 'suave' John Ray,jr., PhD. isn't there.

Indeed, Nabokov's afterword (which you do print) begins, After doing my impersonation of suave John Ray, the character in Lolita who pens the Foreward ...

The character in Lolita. Not in this edition he isn't.

Which is a shame because I like this unifom edition - even if they are twelve quid a pop.

The missing Foreward also happened in the first Everyman hardback edition too. Worse still, they replaced it with a *new* Foreward by Martin Amis.

You'd think the referee would have spotted that. This is why publishers get paid less than doctors: no one actually DIES when they make a mistake. I think Faber had a Peter Carey novel in print for years before someone noticed it had one chapter fewer than all the other editions.

Yes that was Oscar and Lucinda, probably the only
novel to win the Booker Prize with a chapter missing ("A Degree from Oxford").

Shocking re Penguin's carelessness. They also lost the first contents page from the new War with the Newts.

Thanks John, corrected. Although I kept the capital F as Nabokov does in his afterword.

The last Penguin Modern Classics edition had him on the spine as 'Nabkov'. You'd have thought they'd be more careful with one of their most significant titles.

That's amazing. That's terrible. I've been lying in a dark room with an ice pack on my head ever since I read it. In fact I've only come out because the ice has started to melt. How could that happen??